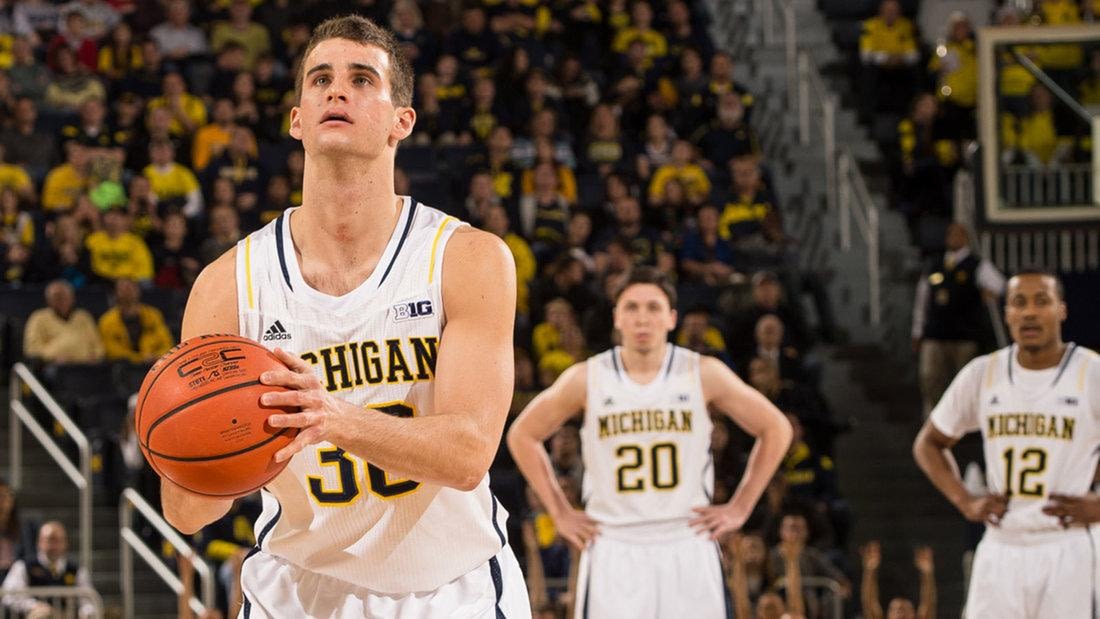 On Labor Day of 2003, Austin and his family were flying home from their vacation home in northern Michigan. As they were preparing to land, the aircraft crashed and burst into flames. Austin’s dad threw him out of the plane, saving his life and went back into the flames to get his mother, sister and brother, but tragically, was unable to. His mother, sister and brother did not survive.

Austin and his father grieved their loss but became each other’s lifeline through the grief, pushing each other to overcome the loss, as he knew his mom, sister and brother would’ve wanted.

A year later, Austin’s dad met a lovely woman named Kimberley, who had three kids of her own. The couple was married about a year after meeting and together, they had a wonderful blended family. Meanwhile, Austin worked hard on athletic skills and began to have success on the basketball court. Austin’s dream was to play for Michigan. Then on June 15, 2011, Coach Beilein offered him a full scholarship to play basketball at The University of Michigan, which he accepted.

Nine days later, on June 24th, 2011, Austin’s father and “second mother,” (he never used the term step-mom), were flying to their vacation home to have a weekend of celebration. As they were preparing to land, the aircraft crashed and Austin’s father and second mom were killed on impact. Austin suffered severe injuries and nearly lost his life. After being in a coma for two months, Austin had to relearn how to walk, talk, eat and basically how to live his life, once he woke up. With the help of many, many people and against the odds, Austin persevered and was able to make a solid comeback to take the place at university that was held open for him.
Seven years later, Austin became a graduate of The University of Michigan and is working at Dominos’ corporate offices. Austin is married to an absolutely, incredible woman named Abigail who pushes him forward, making him better every single day. He considers himself to be blessed – with an incredible family and with his wife, looking forward to building one of their own in a few years. The couple lives in Ann Arbor, Michigan where Abigail works for the Michigan Athletic Department.
​
Austin believes that in part, the reason he survived two plane crashes, endured tragic losses and made it through an amazing road to recovery, was to help others. He has been sharing his story of encouragement to help inspire others to work harder and get better in the years since.